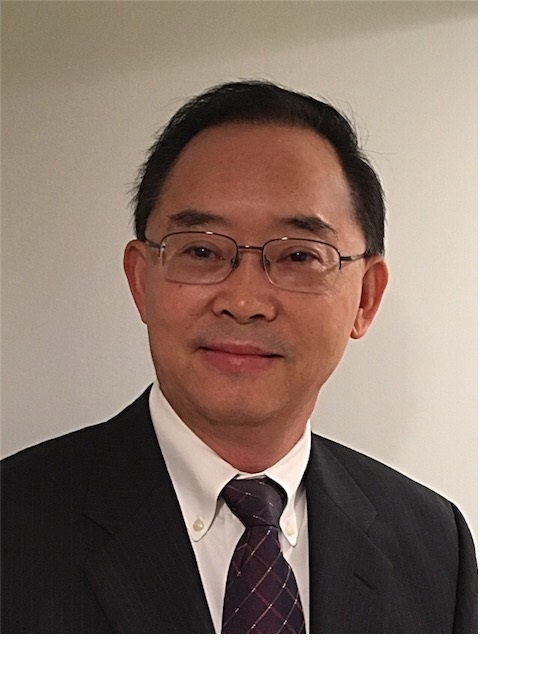 Dr. Xie is the founder and CEO of Brightech International. Dr. Xie has 27 years of pharmaceutical experience in line of management and statistical analysis for Phase I-IV clinical trials as well as integrated summaries of safety (ISS) and efficacy (ISE) for new drug applications (NDA) in various therapeutic areas, especially in oncology. Prior to founding Brightech, he held an Associate Director position of Biostatistics and Data Management at ImClone (now a part of Eli Lilly) and was heavily involved in the Erbitux BLA submission. Before ImClone, he held leadership positions at Wyeth (5 years, Assistant Director) and at PRI JNJ (2 years, Sr. Statistician). Dr. Xie has extensive experience in clinical study design and statistical analysis and reporting. Since October 2004, Dr. Xie has built Brightech from a company of only a few employees into one with 80 employees globally (50 in the US and 30 in China) providing full scale services for the drug industry including Regulatory (IND/NDA) Submission, Clinical Operation, Data Management, Statistics and Medical Writing. In recent years, Dr. Xie has been actively interacting with the regulatory authority and drug industry in China. He was invited several times by China’s CFDA to participate in authoring the guidance on EDC and by influential professional organizations (such as China Heart Congress, CHC) to deliver courses and speeches on a variety of topics. Dr. Xie is also an active researcher with a number of research papers published in distinguished journals on various topics including cancer prevention, two-stage adaptive design, survival analysis, and more. 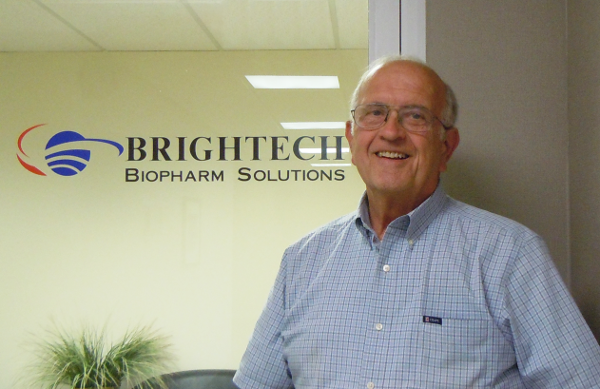 Dr. John K. Whisnant had a career of more than 30 years in pharmaceutical/biotechnology drug development, and for the last 9 additional years has provided consulting services for clinical and regulatory strategies and for implementing projects in oncology, immunology and metabolic diseases. He also held numerous academic appointments for more than 14 years.

In addition to his role at Brightech, Dr. Whisnant provides consulting services in drug development under Product Development Resources, LLC and with the Kinexum, LLC group since March, 2006, consulting on clinical and regulatory and strategic business projects. Dr. Whisnant’s career oppportunities have included the best of Pharma R&D groups, working at Wellcome from 1973 to 1987, at DuPont to 1991, and at Fujisawa in 1992. He led North American Clinical Development for Novo Nordisk from 1995 to 2002, which included successful registration of products in diabetes, women’s healthcare and hemophilia. Dr. Whisnant’s experiences in applying medicine and science to business goals have included Ivax Corp from 1992 to 1995 and Coley Pharmaceuticals during development of two oligodeoxynucleotide products. His consulting assignments have included ad hoc appointments for several companies, as CMO, VP Development, Medical Monitor, and team leader for oncology, diabetes/metabolism, and immunology projects.

Dr. Whisnant received his BA in Chemistry from Duke, his MD from Wake Forest University and is Board Certified in both Pediatrics and Immunology. He completed residency and fellowship training at NC Baptist Hospital (Winston-Salem), Albert Einstein (Bronx, NY) and Duke University (Durham NC). He trained in vaccine development and immunogenetics at the NIH during 1970-1972. His dual career in academic medicine and pharmaceutical drug development began at the Burroughs Welcome Co at RTP, NC where he was team leader for cancer and immunology projects. His work in biotechnology led to an appointment in the NCI’s Biologic Response Modifiers Committee, and he was the founding Exec Sec/Treas of the International Society of Biological Therapy of Cancer (iSBTc). He has held clinical faculty appointments and contributed actively to patient care, research and drug development in clinical Pediatrics, Immunology, Infectious Diseases, and Hematology/Oncology. Dr. Whisnant has published widely and is an active member of learned societies. 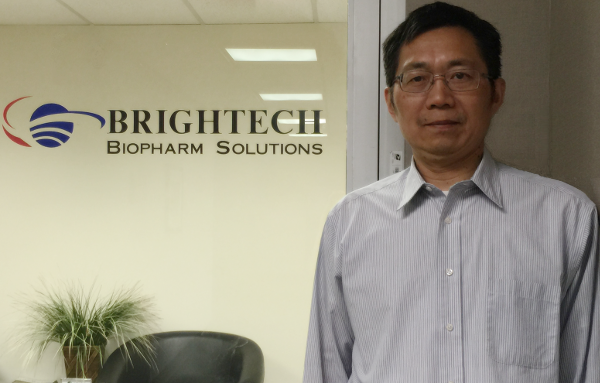 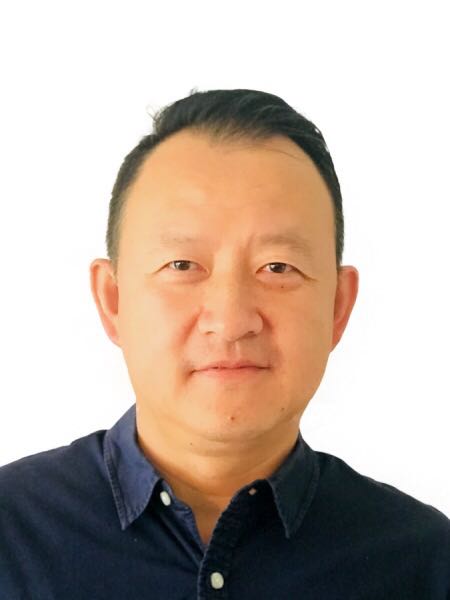 Ming Liu brings more than 25 years of experience with leading pharmaceutical and biotech companies.  He started his career as statistical analyst at AT&T and General Electric.  He was senior data analyst at Forest Laboratories, Inc. from 1997 to 2001.  After that he has been providing consulting services to several biotech companies including Bio-Technology General Corp., Genta, Inc., Enzon Pharmaceuticals Inc., Regeneron Pharmaceuticals Inc., The Medicines Company.  Ming holds an MS in Statistics from Baruch College and a BS in Mathematical Statistics from Fudan University, China. 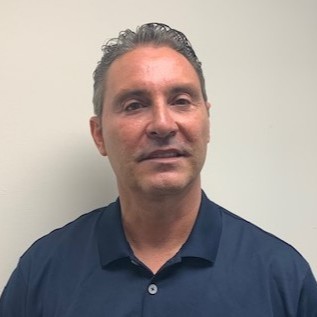 Lawrence Marinucci has over 20 years of pharmaceutical experience in the design of clinical trials, planning of statistical activities, protocol development, preparation of statistical analysis plans, statistical analysis and summary report of clinical study data, management of statistical/programming activities. Lawrence’s experience covers Phase I-IV clinical trials in various therapeutic areas, especially in pain/analgesia and neurology. Before joining Brightech, Lawrence served as the Vice President of Clinical Biometrics at Acorda Therapeutics and was instrumental in the analysis and approval of AMPYRA® in multiple sclerosis.  Lawrence also worked at Yamanouchi, Whitehall-Robins, and Coromed.

Lawrence is a veteran of the United States Army having completed his service with an honorable discharge and several army medals.

Lucia has over 25 year of combined experience in Quality, Project Management and Drug Supply Management within the clinical trial industry. She most recently worked at Acorda Therapeutics, where she held the position of Senior Director, Clinical Supplies, responsible for the management of all global clinical supplies across multiple studies.  Lucia also brings years of experience in Quality Assurance and Compliance.  Lucia earned her Bachelor’s degree in Mechanical Engineering from Stevens Institute of Technology. 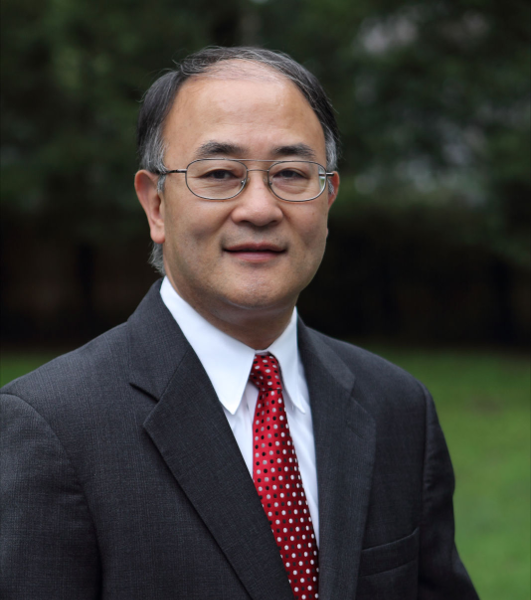 Dr. King Lee is serving as the Executive Director of Regulatory Affairs at Brightech International and Vice President of Regulatory Affairs of Axella Research. Both companies have been jointly working on numerous projects since 2015. Prior to that, Dr. Lee was the Vice President of Regulatory and Clinical Affairs for Cornerstone Pharmaceuticals, Inc., a company that develops novel anti-cancer agents such as Altered Energy Metabolism-Directed (AEMD) compounds that affect tumor-specific pyruvate dehydrogenase complex (PDC), since 2004. Dr. Lee was also an independent consultant to a number of companies, including ExSAR Corporation and ZYWIE LCC, providing regulatory affairs services in the development of new products for the treatment of metabolic diseases such as Tay-Sachs disease and Gaucher’s Disease. Dr. Lee is also a consultant to Pars Pharmaceuticals, which a CRO providing various services to pharmaceutical companies. Previously, he was the Vice President of Regulatory Affairs for Acorda Therapeutics, Inc. Prior to Acorda during the years 2001-2003, Dr. Lee was Executive Director of Regulatory Affairs/Quality Assurance for ATON Pharma, Inc. (acquired by Merck), and worked with drugs such as ZOLINZA™ (vorinostat) which was approved by the FDA in 2006 for the treatment of cutaneous T-cell lymphoma. Prior to ATON, Dr. Lee was the Director of Regulatory Affairs/Quality Assurance for VION Pharmaceuticals, Inc. from 1996 to 2001, responsible for Regulatory Affairs, preclincal and clinical assessments of several types of oncology products including ribonucleotide inductase inhibitors, novel alkylating agents, and biologics. He was the Manager of Regulatory Affairs/Clinical Affairs for IBEX Technologies, Inc. from 1993 to 1996, responsible for an IND and clinical development of hematological products. Prior to IBEX, Dr. Lee was with Sterling-Winthrop from 1987 to1993, where he was involved with several INDs that led to NDAs and FDA approval of drugs such as congestive heart failure products including Primacor (milirinone) and MRI contrast agents including Omniscan™ (gadodiamide). Dr. Lee began his career in the pharmaceutical industry at Wyeth in 1985. He has been an adjunct professor at Quinnipiac University since 2006, and from 1982 to 1983 was a part-time faculty member of Eastern Kentucky University. Dr. Lee has authored and co-authored over 40 publications (scientific and professional papers, books and review articles) and numerous scientific abstracts. Dr. Lee received his Ph.D. in Pharmacology from the College of Medicine of the University of Kentucky in 1983 and was certified by the Regulatory Affairs Professionals Board in 1994.